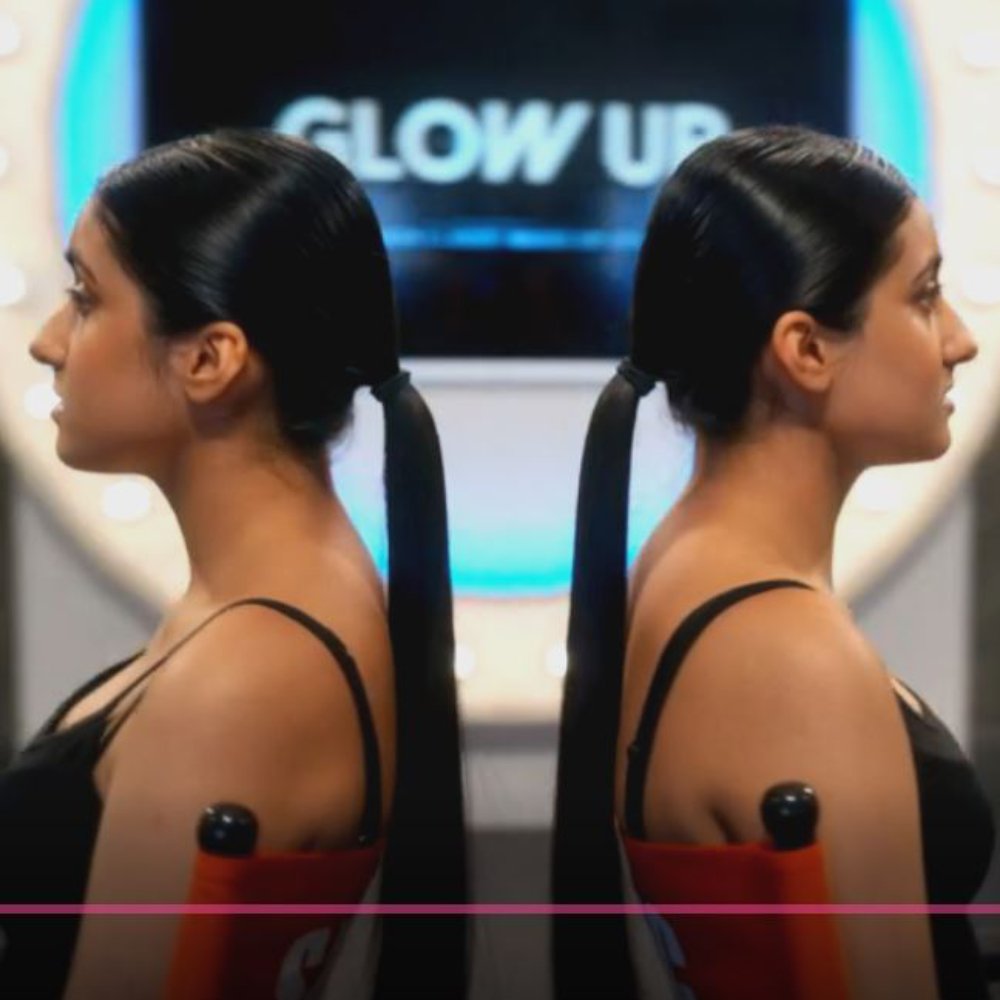 It’s not too late to catch the latest series in which TV Twins, Neha & Priya get their lashes done, and Libby & Mia get cartoon lips! New episodes each Tuesday on BBC iPlayer.

Maya Jama hosts as ten new make-up artists face their first Professional Assignment – a beauty campaign for the health and beauty retailer Superdrug. They are challenged to produce an eye-catching look that showcases the store’s inclusive make-up range for their diverse customer base. Correctly colour-matching the skin is a priority, as is a bold look to entice the customer though the door. At the end of the assignment, the judges assess the test shots to decide which MUA has impressed and will have their work displayed in over 800 store windows nationwide.

The following day at Glow Up Studios, the MUAs find out which two underdelivered on the beauty campaign, meaning they start the next challenge with a 15-minute time penalty. For these two MUAs, the only way to escape the Face Off elimination at the end of the show is to wow the judges in the Creative Brief, which this week involves producing a look that tells a story, showcases technicality and pushes their creativity.

Following the Creative Brief, the judges decide whether the two MUAs in the face-off chairs have done enough to beat the seat and make it to the first Face Off elimination, a make-up skill drill on identical twins.

Opt to receive our Casting Calls as soon as they're posted.


You must be registered to apply

Before you apply, please check:

✓You’re a fully registered member of TV Twins with a live profile.

✓You’ve not appeared in competitive advertising within the last two years.

✓You’re legally entitled to work in the UK with relevant documents and paperwork in place.

✓You’re available on the dates specified and can get yourself to the casting venue.

Each brief has its own application form beneath. Click the title to read full brief and apply.

Ask on WhatsApp We will respond as soon as possible